On the occasion of the 90th anniversary of the founder of the Odessa School of Neurosurgeons Professor Aleksandr P. Korol

Honored Worker of Science and Technology of Ukraine, Doctor of Medical Sciences, Professor Alexander Pavlovich Korol was born on July 18, 1930, in Gaisin, Vinnytsia region. In 1953, Alexander Pavlovich graduated with honors from the Lviv Medical Institute and was recommended for scientific work at the Kiev Institute of Neurosurgery, where he worked until 1961. In 1961, the young scientist headed the department of neurosurgery at the Odessa Psychoneurological Institute. In 1964, A.P. Korol organized a course of neurosurgery at the Odessa Medical Institute, which he headed until 1999.

Alexander Pavlovich Korol is the author of more than 300 scientific papers, 14 inventions, was a member of the Academic Council of the Odessa Medical Institute and the specialized Scientific Council of the Kiev Research Institute of Neurosurgery, the chairman of the Association of Neurosurgeons of the Odessa Region, the chief neurosurgeon of the regional health department, a member of the board of the Ukrainian Association of Neurosurgeons, a member of the editorial boards of a number of scientific journals. Under the guidance of prof. A.P. Korol for the first time in Odessa, operations were performed under controlled hypothermia and hypotension. A.P. Korol is a pioneer in the use of hyperbaric oxygenation in the treatment of patients with severe traumatic brain injury in Ukraine. Professor Korol is rightfully the founder of the Odessa School of Neurosurgeons. A prominent neurosurgeon and organizer, he was able to create and educate a scientific and practical team of neurosurgeons, create a neurosurgical center in the South of Ukraine, and his initiatives are continued and implemented by his followers and students.

Department of Neurology and Neurosurgery 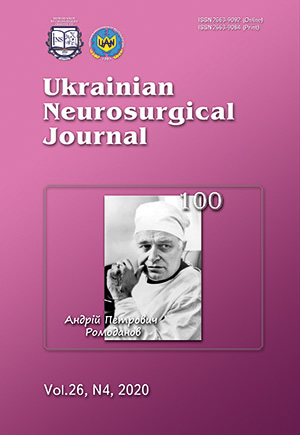